For the past six years, the Department of Prosthodontics has celebrated National Prosthodontics Awareness week by recruiting six low-income veterans to receive a free, complete set of dentures.

“The graduate prosthodontics program celebrates National Prosthodontics Awareness Week every year, by providing exceptional prosthodontic service to our community at large, enhancing visibility of the specialty of prosthodontics, and positioning prosthodontists as leaders in the dental industry,” said Kerdani.

He added, “During this week, the residents of the Graduate Prosthodontics program at the University of Iowa College of Dentistry volunteer their time and resources into constructing complete dentures, completely free of charge, for a select group of veterans with limited income.” Kerdani said.

This service for the veterans is now built into the curriculum and training for prosthodontics residents, and the project serves as a capstone for the residents who are finishing their specialty training at Iowa. Julie Holloway's leadership was instrumental in starting this annual tradition for the Department of Prosthodontics.

Kristen Flick, the college’s embedded social worker, finds veterans who need the services, and she talked about that process in a 2019 Daily Iowan article during this annual event, and about what this event means for the college.

“It has been especially great for our faculty and staff to get involved to see that there is this population that has needs that are not being met, dental needs specifically,” Flick said in the 2019 article. She added, “To be able to give them a resource because they have sacrificed so much is something we are happy to do to such a deserving population.”

We had a chat with three of the veterans selected this year: Roland, Kit, and Allen. 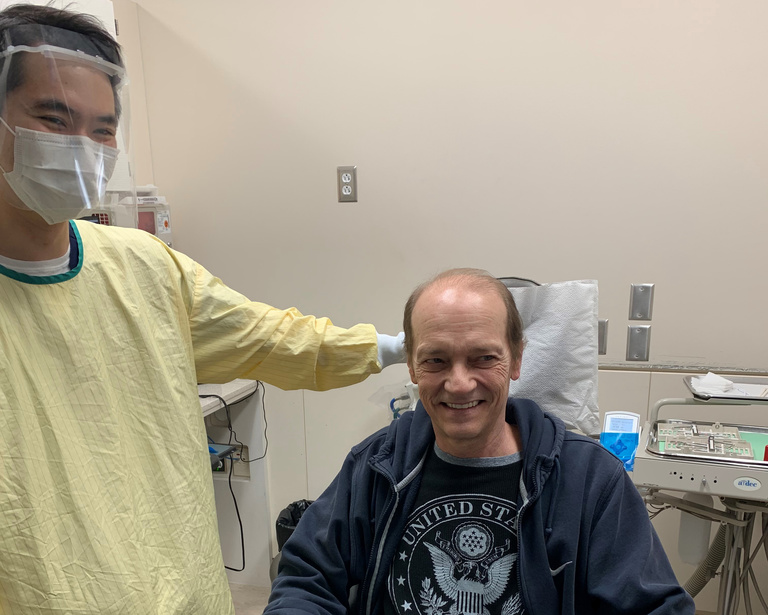 Tarin Piangsuk, a third-year prosthodontics resident, provided care and the new set of dentures for Roland. Roland served in the first Iraqi Gulf War, and while wearing his United States Army t-shirt, he said that he was so excited to eat salads with his new dentures.

“I had some dentures before, but nothing like these! They’re so beautiful and so nice,” Roland exclaimed with a big grin. 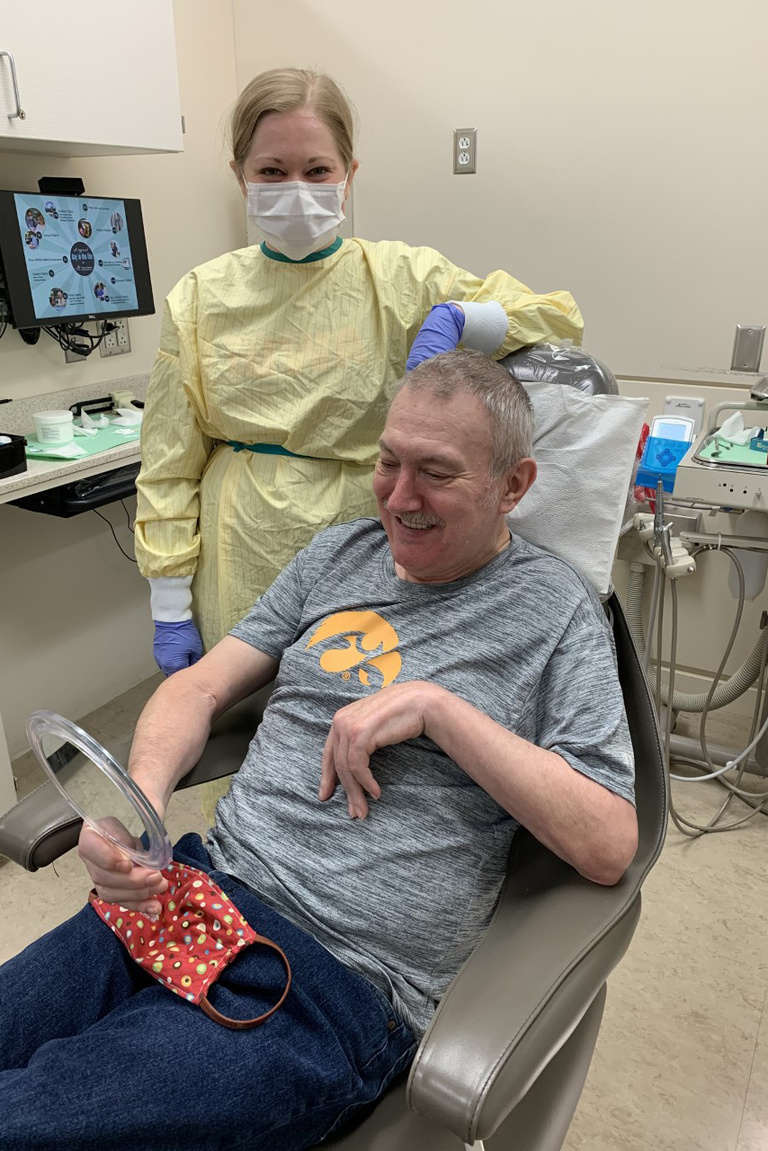 Michelle Burson, also a third-year prosthodontics resident, provided care and a new set of dentures for Kit. Kit served in the Vietnam war, and although he had previously had a set of dentures made 10 years ago, he said that they were falling apart.

After wondering whether his previous dentures could have been maintained with regular prosthodontic care which Kit had not received, Kit explained, “I’m so glad that will examine the dentures at least once a year to make sure that they are in good working order.” 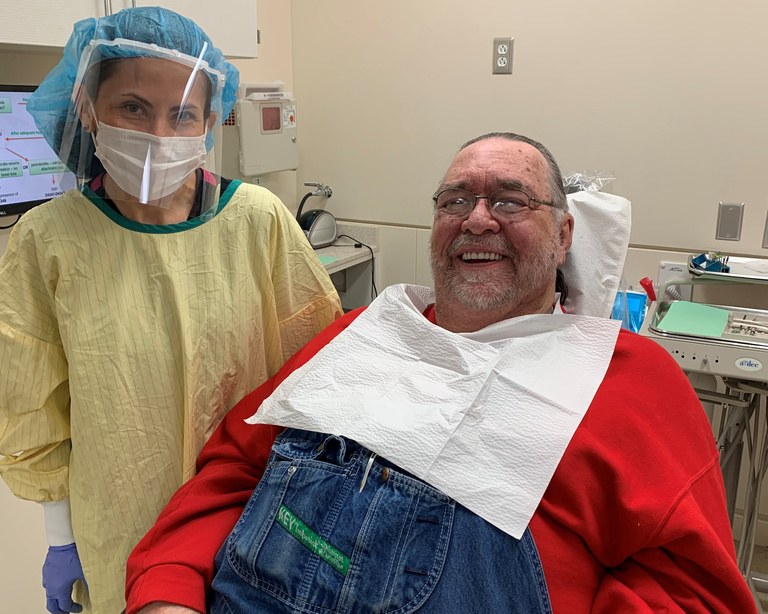 Maria Teresa, a first-year prosthodontics resident, provided care and a new set of dentures for Allen. Allen also served during the Vietnam war, although he was stationed in Thailand during that time. In 2012, Allen had his teeth pulled, and he had not been able to eat anything except soft foods since then. The dentures were the first ones Allen has ever had, and he knows they will make a big difference in the quality of his life.

“I am so happy about the dentures,” Allen exclaimed with a boom in his voice.

“Although I’ve obviously not had any problems eating,” he said with a big laugh while patting his stomach, “I am really looking forward to eating apples and a steak!”