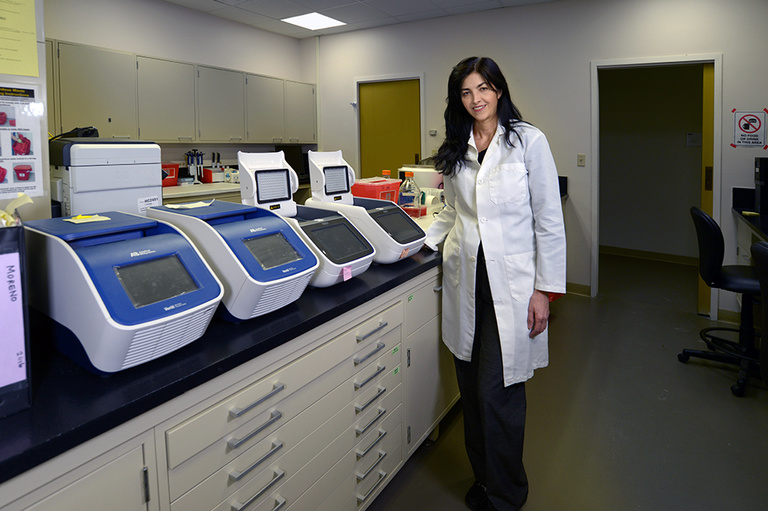 Lina Moreno (’05 PhD, ’08 ORTHS), associate professor in the Department of Orthodontics, was named the Department Executive Officer of her department.

Moreno began her dental and orthodontic education in Colombia, South America. After receiving her dental education, she was accepted into a graduate program in genetics at The Ohio State University. She came to the University of Iowa with her mentor, Andrew Lidral (’97 PhD),, where she received her PhD. She then entered and completed a residency in the Department of Orthodontics at the University of Iowa. In 2008, she was appointed as assistant professor in orthodontics, and in 2016, she was appointed to her present position as associate professor in orthodontics.

Moreno is an established expert in dentistry, orthodontics, and craniofacial genetics. Given her background and experiences in various interrelated disciplines, she has become a dedicated and effective clinician-scientist. At the suggestion of Dean David Johnsen (’73 MS, ’73 PEDOS),, she spearheaded the transition of orthodontic care for craniofacial anomaly patients from University of Iowa Health Care to the College of Dentistry. As director of Cleft and Craniofacial Anomalies Clinic in the Department of Orthodontics, she oversees orthodontic care for most of Iowa’s patients with craniofacial deformities, including supervising attending faculty and orthodontic residents who provide this care.

Moreno is a renowned expert in craniofacial genetics and has had numerous NIH/NIDCR and American Association of Orthodontists Foundation grants supporting her research in the fields of genetics of cleft lip and palate, malocclusion, and facial variation. She has published 59 peer-reviewed articles and 2 book chapters in her fields of expertise, and one of her publications, “Major Locus for Cleft Lip and Palate Mapped to Chromosome 9Q22-Q33,” received the Milo Hellman Research Award in 2007, the most prestigious research award in the field of orthodontics.

Moreno is also a dedicated teacher and mentor. She has served as a mentor for two K awards from the NIH for trainees Brian Howe (’13 MS) (K08) and Aline Petrin (K01). Both K awards were funded in 2018 and 2019. Under Moreno’s mentorship, Aline has secured an additional K boost grant, and she also won the Milo Hellman Research Award 2021, exactly 14 years after her mentor.

In 2017, Moreno was named to the Ross D. Christensen Family Professorship in Orthodontics. Kyungsup Shin (’15 MS, ’15
ORTHS), associate professor in the Department of Orthodontics, said of Moreno, “She encapsulates all the qualities of a top-tier leader, and we look forward to her serving as DEO.”