The College of Dentistry’s Suicide Prevention Week campaign was September 6-12. This week of events was held in conjunction with increasing suicide prevention efforts on campus and nationwide to address the rising number of attempted and completed suicides by college and graduate students. Collegiate counselor, Cari Anderson, says that the primary goal for this week was to “not only increase awareness about the prevalence of suicide risk in our college and the dental profession but to also further de-stigmatize mental health and combat the culture of silence on this topic.”

The memorial fund was established in honor of Jen Wolfe (’01 DDS, ’05 PEDOS) of Altoona, IA, a member of the Class of 2001 and former pediatric dentistry resident, who died by suicide on June 20, 2020. The funds raised as part of the campaign will be used to sponsor suicide prevention and awareness activities for health professionals and students while also providing support for suicide loss survivors. A small portion of the funds will also be used to assist low-income children in need of dental care. Breaking the stigma that surrounds suicide and mental health requires candid conversations about suicide awareness and prevention. 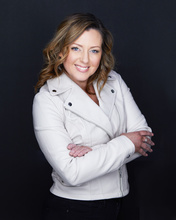 Cari Anderson is the Director of Dental Counseling and Wellness Support Services for the College of Dentistry. Anderson’s office is embedded full time within the college and for the past five years, she has held various roles to enhance the overall wellbeing of DDS students and residents as well as assist them in achieving both personal and professional success.