The College of Dentistry Hosts an International Potluck

With a wide variety of dishes from around the world, the International Affairs and Planning Committee and the Officer for Diversity, Equity, and Inclusion hosted an International Potluck where faculty, staff, students, and residents brought international dishes to share with colleagues and friends. 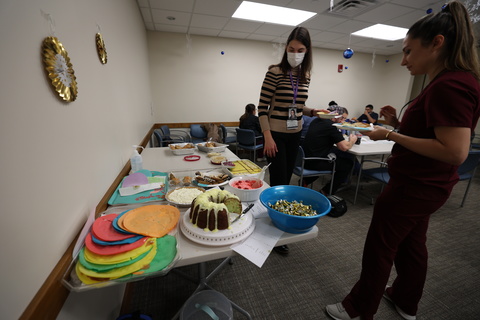 Cristina Vidal shared a Brazilian Black Bean Stew (feijoada). According to Vidal, Feijoada (pronounced fay-jwa-da) is a dish that was created by African slaves in Brazil. After feasts given by the owners of the plantations, the slaves would pick up the leftovers and mix them with black beans, making a new stew. It is often served with white rice, fried plantains, farofa (fried cassava flour), sautéed green collards, and sliced oranges. Traditional feijoada is made with pig’s ear, feet, and snout along with Brazilian sausage, but her version was made with pork sausage, pork ribs, and bacon.

Melika Farshad shared Shole-Zard, which is a yellow pudding. One of the key ingredients in the recipe is saffron, which is one of the main spices in Persian cuisine. Farshad said that saffron is known as "red gold" because it is one of the most expensive spices given that it takes 75,000 of saffron flowers to make one pound of saffron spice and saffron has to be harvested by hand. 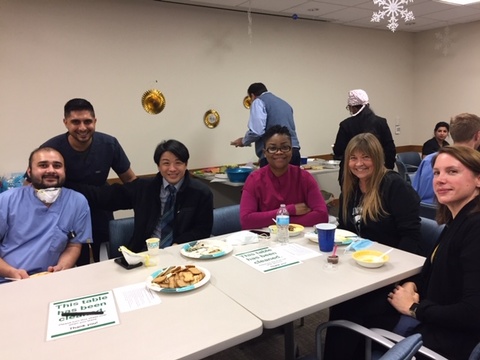